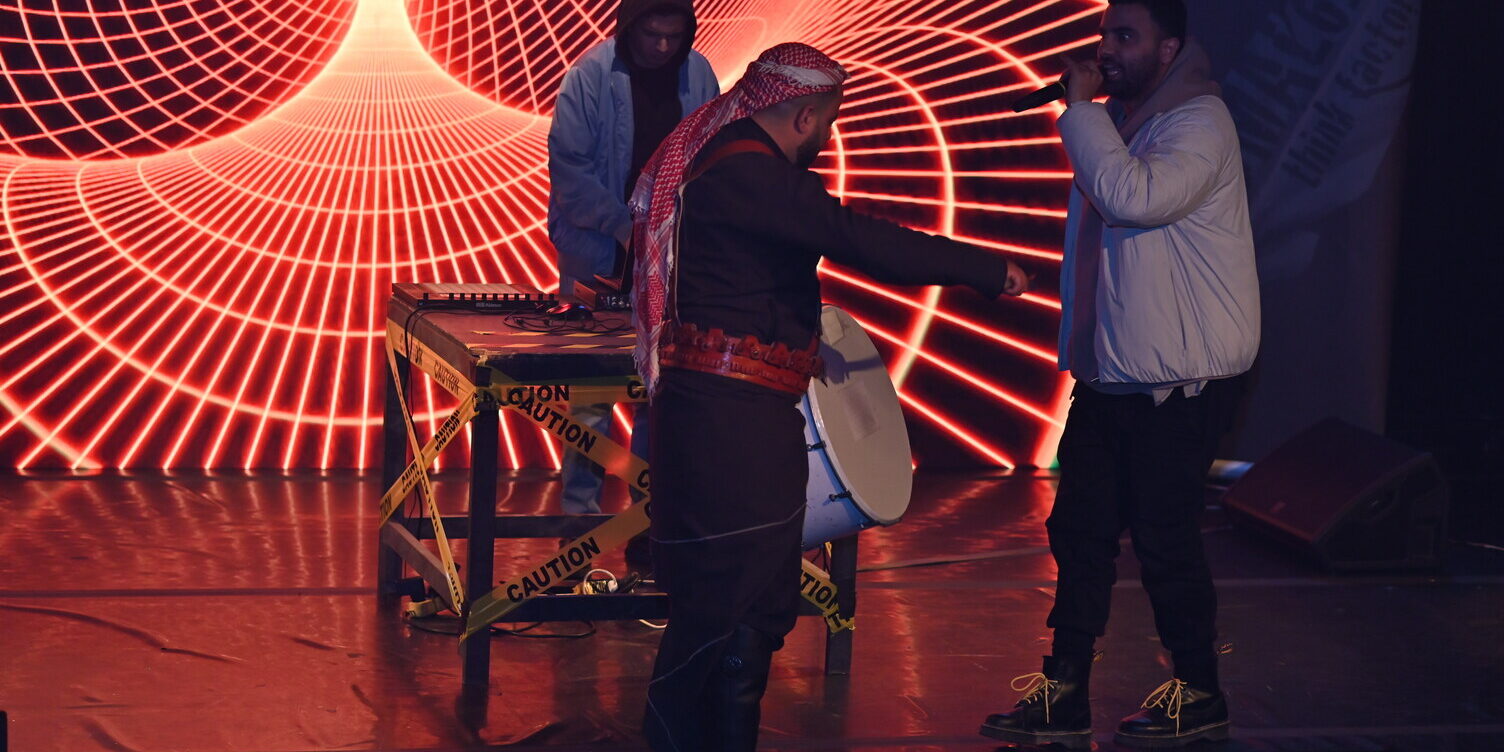 Annually, Karama HRFF hosts musical performances by local, regional, and international artists, whose music resonates with the ideology and the theme of the festival. We build upon our commitment to host alternative music performances that are loyal to the values of human rights that we hold as truths.

We will be merging this year’s MusiKarama events with one of Ma3mal 612’s major projects entitled Identity & the City, funded by Drosos.

This project is a contemplation of redefining an artistic identity as a general framework in an attempt to shape a unique cultural, social, and artistic relationship between the city and its inhabitants. Therefore, we will showcase the work of the contemporary young musicians and DJs who participated in a collective music residency in the spring of 2022, entitled “When Past Meets Future”. MusiKarama will put the spotlight on the original tracks they produced, bringing Jordanian traditional music – in its widest sense – into the contemporary international art and music scene. Such synergies create an opportunity to celebrate young people’s innovative methods to be active in their city, their community, and their society.

The ElectrOrdon concert will showcase the work of: