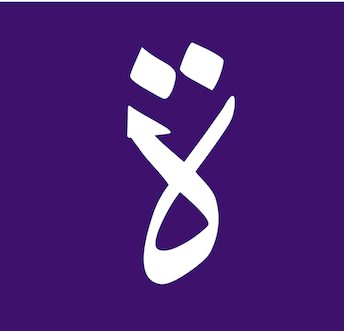 We are committed to follow firm methodological framework, based on our collective and accumulative professional experiences, enforced through an extensive program of workshops, seminars, conferences, forums and closed meetings that were held in Amman and Beirut between September 2018 and June 2019.

On top of that, we have launched an online questionnaire in Arabic and English to members of the audio and visual industry. We have received over 60 responses that were studied and analyzed qualitatively.

Based on the above three layers working framework we have reached to the following indicators in regard to stereotyping women‘s image;

1. Mega Arab production corporations that were covered in the monitoring study, whom enjoy outstanding reach across the Arab World 10 different corporations, each produced one drama series that was covered in the monitoring study – noting that we avoid generalization- do not pay attention to showcase the positive role of women in society. On the contrary, these production entities do focus on excitement, suspense and commoditizing women‘s role to achieve wider and faster reach. In many cases, the women representation in these drama productions reflects the corporation’s political, social and economic agendas.

2. In general, women do suffer from stereotyping. Actresses do accept jobs that limit their role in order to realize swift reach and in-line with the job-market conditions and unwritten rules. All these circumstances do emphasize women‘s stereotyping in front of the camera. 70 per cent of the sample who responded to the questionnaire do agree with this observation.

Although do realize that women‘s circumstances in our societies are subject to many challenges that should be tackled through drama and delivered to the audiences as they are. However, there should be further work and research carried out into addressing challenges that women face without stereotyping it

3. We have found a gap between the real progress of women in their societies on various professional and social fronts and the retroactive, one-dimensional and reductionist image that is presented on screens. For instance, according to the monitoring study findings, women are usually introduced by their family status (Mother, wife, daughter and sister) instead of their professional status or their academic positions in society.

4. We have noticed a scarcity in civic and modern treatment of tackling topics in the audio-visual content, which could be a tool to limit the effect of racism, tribal and sectarian systems. What we mean by “modern treatment” not the prevalent consumerist life style but treating contemporary issues with a pioneer and vanguard’s approach.

5. There is a severe limitation of drama scenes in which women play the principle role. Scenes built on women as the main or solo character can reach to 6 per cent of the total scenes of a drama production and in best cases to 20 per cent.

The study has observed that 99 per cent of household roles are played by women. Women also monopolize the social and union activists roles Women have shared almost equally with men roles related to health, law and media posts. Women did dominate education roles by 75 per cent, however the treatment maintained stereotyping by all means.

(On the other hand, men did monopolize roles related to sports by 100 per cent; government executives‘ roles by 98 per cent, politicians‘ roles by 71 per cent, engineers‘ roles by 69 per cent, investors‘ roles by 80 per cent. Men dominated illegal and criminal acts, which were categorized as masculine roles by 91 per cent).

6. We have concluded that in many cases women‘s roles are concentrated on the helpless caretaker or the other extreme; the evil leader. There is an exception here for drama works that do emphasize on women‘s leadership in the society as mentioned above. However, these roles do not dominate the content on screens.

In many roles, women appear in ultra-religious roles, almost a saint, otherwise she will be socially outcasted and immoral.

7. Most of the drama script do exclude women when they reach to older age groups under the pretext of drama and production requirements. Most of the key roles for women are concentrated on young age groups. Therefore most of women‘s roles are driven by ”beauty“ criteria, which enforce beauty procedures amongst actresses community. These practices come on the expenses of the true values of art, beauty and creativity of the profession.

8. We have observed that men do dominate the directors‘, scriptwriters ‘and producers‘ jobs. Therefore in many cases they lack a gender sensitive content, and they presented from a masculine point of view which is often reductionist towards women.[67 per cent of the questionnaire‘s sample do agree strongly with this point]. This observation is in regard to women‘s roles, their issues, the angle and treatment of the scripts from directors‘, artistic, intellectual and creative perspectives.

9. The monitoring study found out that there is almost a complete absence of tackling questions and topics related to gender equality in TV dramas. In one of the monitored drama series, such issues represented five scenes out of 822 scenes.

10. We have found out that there is systematic emphasis on domestic violence against women on screens. Although it is representing the social norms in the real world to a certain extent but it does not take into consideration addressing or solving these issues from a dramatic point of view. Therefore there is a lack of social awareness that conveys messages which honor her role.

Finally, whenever there are roles that has stereotyping but with valued messages, it should be treated within its dramatic context in a smart and artistic approach while catalyzing constructive debate through drama series and films.

back to project's page
Go to Top